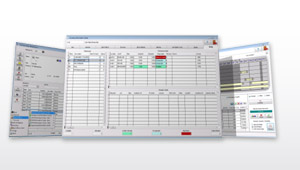 You might use their products every day. They make the levers on a cars steering column that controls the windshield wipers and headlamp dimmer switch.

Plastic Molder Gets a Handle on Operations with WinMAGI

This plastic molder to the auto industry is a privately held company with about 400 employees. It is the largest employer in a small town in northern Michigan. Depending on the car you drive, you may use their products every day. They mold plastic parts for those levers, on a cars steering column, that controls the windshield wipers and headlamp dimmer switch. Their largest customer is Borg Warner. Several years ago, when their growth required a manufacturing control system, they purchased a software package developed exclusively for the plastics molding industry. The management team, being new to software, was unaware that industry specific software has been less successful than general manufacturing software configured to the idiosyncrasies of a specific industry.

They were not able to make the software work. The vendor’s people spent so much time at the factory that a separate work area had to be set up for them. They had to change the software and struggle with it over and over. And the vendor invoiced them for it. The software was supposed to be developed for their industry but the development was never ending and all at their expense.

But the ongoing expense was not the critical issue. The automotive industry is unforgiving of late shipments and the company was getting too large and the product line too complex to manage without software. The Vice President began looking for replacement software.

Her search resulted in the selection of WinMAGI ERP software. The initial requirements were very basic. She needed a handle on inventory. There was plenty of it but exactly how many of each part number was on hand and where it was stored was something that could only be answered after a thorough search of the factory by a few veterans who knew all the out of the way places to look. When a customer order was received, the factory was scoured for inventory and orders were placed for parts they could not find. This was error prone and resulted in expensive expediting. Run quantities were undisciplined and tended to be in excess of immediate requirements. These were not well thought out lot sizes as much as ad hoc quantities to keep the machines running until the next expedited orders interrupted them. The extra quantities were stored wherever there was room and the whole inefficient process would begin again. In addition, customer orders needed to be interfaced with the on hand balances in order to automate the replenishment process. WinMAGI performed all these functions that the earlier software promised to perform but could not. And it was stable. After the initial training of a few key employees, inventory was brought under control. They now know how many they have and where it was. The where it is part was made easier because they had less of it. WinMAGI MRP was configured to react only to actual customer orders. Production was initiated if there was not enough inventory to satisfy the customer order and, just as important, no production was initiated if inventory was sufficient to satisfy the customer order. This reduced the inventory until it could be stored in the areas intended instead of anywhere there was a bare spot on the floor. MAGI employee visits were rare and occurred only when the company wanted help installing another module of the software.

The VP discovered that, even though WinMAGI was not developed exclusively for the plastic molding industry, it had more plastic molding features than their old software. Both packages could express material requirements in tiny fractions. Both could accommodate flash, runners, and regrind. And both could report scrap by mold. But only WinMAGI could report scrap by cavity within the mold and explain to factory people why that is important. It became obvious to the Vice President that there were many years of hands on manufacturing experience behind the development of WinMAGI. And WinMAGI can handle the general business issues, common to all manufacturers, much better than their old industry specific package. Costing is much more flexible. With WinMAGI, costs can be calculated as standard, actual, add-on or hybrid. Hybrid allows certain parts to use standard costing and others to use actual or add-on costing. The factory scheduling is simple and straightforward. Crisis expediting now occurs rarely and when it does, the customer more likely generates it than internally.

Their industry specific software could only generate a packing list and bill of lading within the shipping process. But the plastic molder needed to create various material certifications for certain shipments. WinMAGI allows them to define for themselves what constitutes shipping paper, create and store custom forms, and identify when they need to print and when they don’t.

The Purchasing function honors price breaks and payment terms. Blanket orders can be used, and inventory can be sorted by the responsible Planner or Buyer. In every way, WinMAGI software is superior to the industry specific software they abandoned.
Management is getting comfortable using software; something they were convinced would never happen. The value of getting the data into WinMAGI has replaced the old value of keeping tons of production related trivia in their heads. New employees now have access to information formally buried deep in Old Joe’s memory. The company is poised for even more growth. And, this time, the only limitation is their ability to sell more product.